Cantorion Creigiau Singers was formed in 1970 after a group of friends living in Creigiau went Christmas carol-singing to raise money for a local foster home. Led by Mair Roberts – who is still the choir’s enthusiastic Musical Director – they then started rehearsing regularly. The choir has never looked back and over the years has raised hundreds of thousands of pounds for charities. Today, although most choristers live in or near Creigiau, near Cardiff, others travel from further afield such as Barry and Sully.

We perform regularly for charities and to provide entertainment for a range of audiences and occasions, such as weddings. Our extensive repertoire ranges from Welsh songs and hymns to music from the musicals.  Additionally, we offer soloists, small groups and comedy sketches in our performances.

If you are interested in booking us to entertain you or your organisation, please contact us.     For private events fees are negotiated, but for charity concerts we simply charge a fee of £65 to cover expenses (unless transport is needed for concerts further afield).

We have sung throughout Wales and the rest of the UK, and have enjoyed travelling widely, performing in Amsterdam, Austria, Brittany, Hong Kong, Ireland, Italy, Malta and Menorca. The choir has featured on television and has been successful at the National Eisteddfod and at Celtic festivals in Brittany.

Well-known venues at which we have sung include:

We are always delighted to welcome new members. Although we sing in English and Welsh, all rehearsals are conducted in English. If you enjoy singing – and remember that singing is good for the health and the soul – do think about joining us. You are welcome to come for a taster period before committing yourself. Our subscriptions are low, at £75 for a whole year, and this includes all the music. There are no auditions to worry about and you do not have to be able to speak Welsh – or even read music, though that helps.

Our Musical Director and Accompanist.

Mair trained at the Guildhall School of Music in London and at the Italia Conte Stage School, London. She has worked in theatre, cabaret, pantomime and television. She has been Musical Director of Cantorion Creigiau since the choir’s inception. Mair has appeared at many of the world’s best concert venues as a professional soprano, including the Sydney Opera House, and has also judged many Eisteddfodau and Musical Festivals.

In 2010 in recognition of her contribution to Cantorion Creigiau Singers and to music in Wales, Mair was honoured with distinction by the Bardic Circle at the National Eisteddfod at Ebbw Vale. Here is a part of the tribute paid to her: “Her contribution both as a judge and as a soloist on national and international stages justifies the honour bestowed on this versatile musician“.

Rob joined Cantorion Creigiau Singers in January 2015.  He studied at the Royal Welsh College of Music and Drama under Richard McMahon. He now enjoys a busy freelance career as accompanist, teacher and organist at St John the Baptist Church in Sully. Robert also owns and runs Barnums Gift Shop in Penarth with his wife Sarah.

If you would like to listen to our music, with an option to buy through itunes, then click the images below. 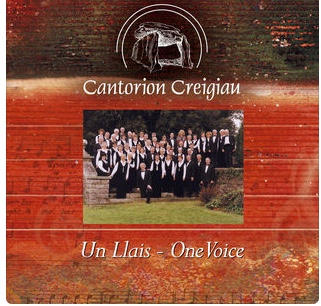 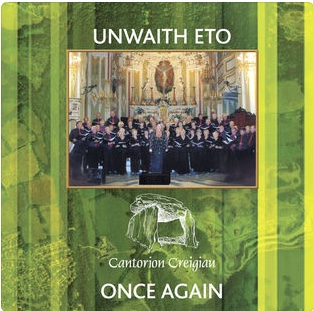